A mailer supporting Jeff Gorell paid for by Ventura County Republican Party claims that Measures A and B would have raised gas prices for residents by 20%.
This claim is wholly made up. 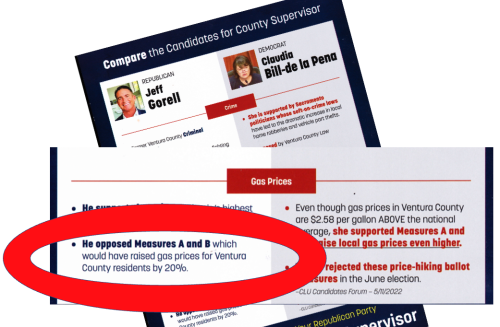 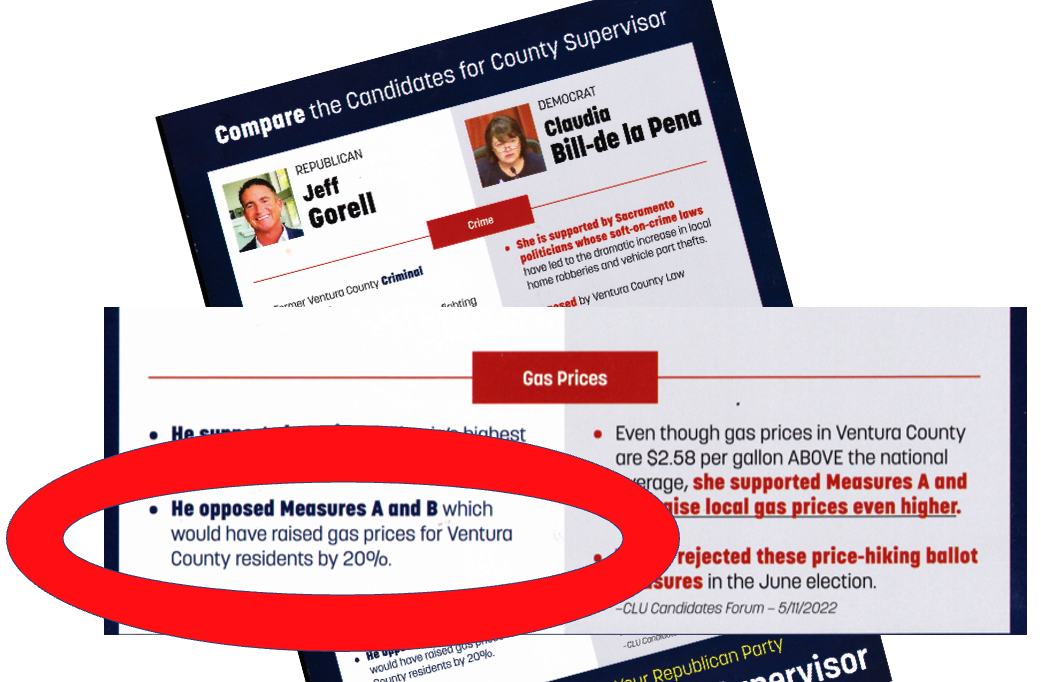 At no time did the "Stop Measures A&B" committee--which spent $6,981,048.53 as of its last filing to convince voters to vote no--assert that gas prices would have gone up 20% for Ventura County residents. Indeed, Aera Energy, which largely funded the campaign, released this statement after the election. Spoiler alert: there's nothing about a 20% increase.

An impartial analysis of the measures provided by the Ventura County League of Women Voters concluded that "the 'No' arguments [on measures A & B] are based on false assumptions and focus-tested talking points designed to mislead the voters." Nevertheless, voters rejected the measures.
Abe says, "Five refineries make 97% of the state’s gasoline and can restrict gasoline supply to drive up gas prices, artificially driving up their prices significantly in excess of their costs. It appears local Republicans, oil companies, and Gorell don't want you to know that.”