A Statement of Organization has been filed with the State of California with the name, "Honesty Counts Supporting Jeff Gorell & Opposing Claudia Bill-De la Pena for Supervisor 2022".

This appears to be a deceptive attempt to fool voters. 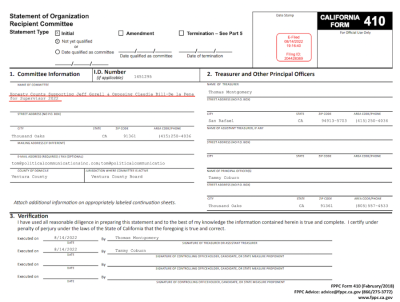 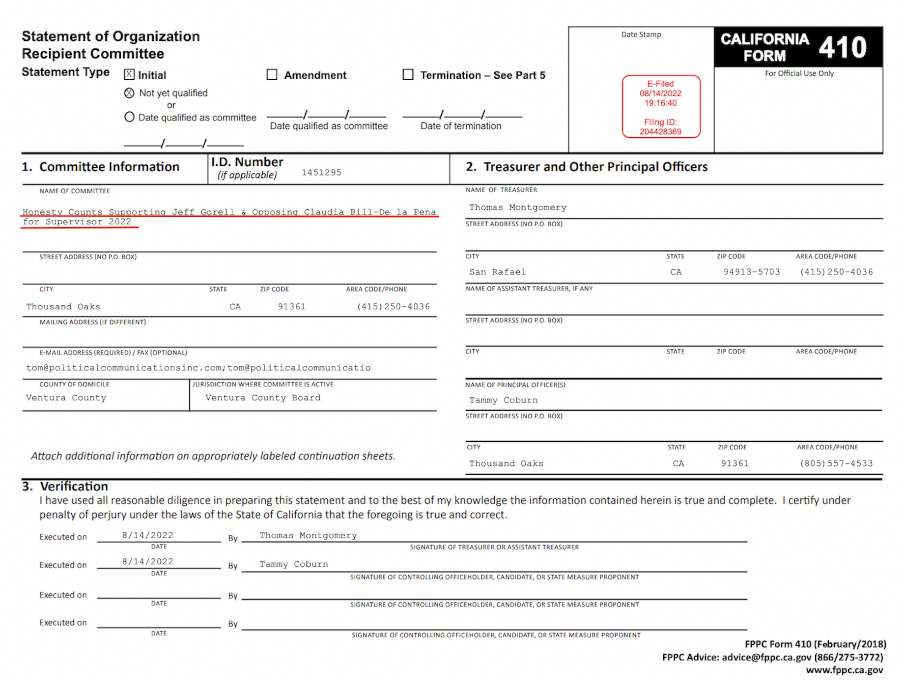 Honesty Counts neither supports or opposes any candidate. Instead, Honesty Counts has debunked dishonest political ads in Ventura County--and more--since 2012. You don't have to just take our word for it; here is a link from the Internet Archive, which shows that Honesty Counts documented false and misleading claims regarding three races in Ventura County back at the beginning of our HonestyCounts.org website.
There are even earlier Honesty Counts going back to 2010 that concerned Supervisor Linda Parks' race against her challenger Audra Strickland. 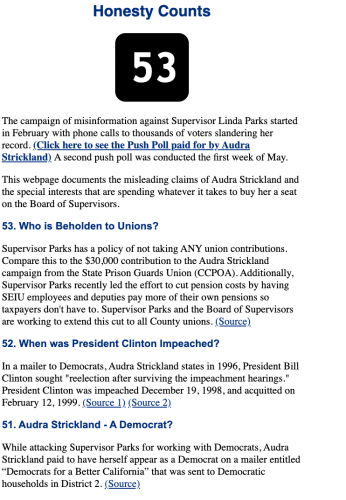 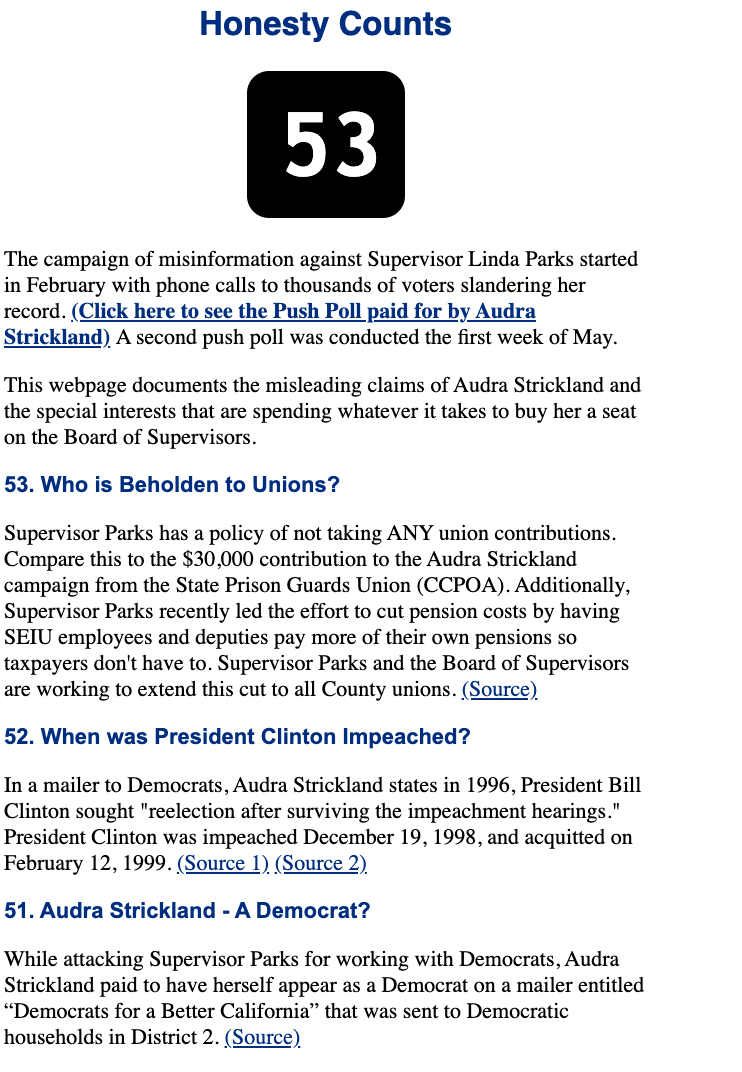 The new committee that appears to be attempting to hijack our name is manned by Thomas Montgomery of San Rafael, California, which is approximately 400 miles to the north of Ventura County District 2.  He provides political campaign services that include all sorts of things, including pretending to be us (although we'd spell Claudia Bill-de la Peña's name right.)
As the races for Ventura County Board of Supervisors compete for attention with other local races, please do not be confused by deceptive imitations.
Here is our pledge:

We believe Honesty Counts! Our elected leaders should be honest -- and so should their campaigns.  By debunking false allegations, we hope to reduce the influence untruths have on election outcomes. With so much money being spent on negative campaigning, Honesty Counts helps you wade through the political mud to see what is true and what is false, misleading and/or deceptive.

Honesty Counts not only does the debunking, we keep track of the number of untruths being told by campaigns and candidates (or lies told on their behalf); the bigger the number, the more falsehoods they've told.

Abe says, "To Tell the Truth, we don't know if Jeff Gorell is in on this tomfoolery, but he should disavow this attempt to confuse voters."