The far right tabloid "Conejo Guardian" published a 3-page article in its August 2021 edition that uses inflammatory accusations against Supervisor Parks ostensibly because of an email she received.

The article calls Parks' email expressing concern about a development, "explosive." It says such an email places the long time slow growth advocate "on the brink of a scandal that threatens to compromise her position as a public official."

Here are the emails.

As shown below Supervisor Parks, who sits on the Board of the Santa Monica Mountains Conservancy, sent an email to staff member Paul Edelman with the subject: "When is a wetland not a wetland?" It discusses the history of a 37-acre parcel the Conservancy is interested in acquiring for parkland. Her email outlines the property's history, including that it is encumbered by a flood control easement prohibiting development because it is used as a detention basin. She also asks if the Conservancy should send a letter opposing a proposal that would allow intensified development on it.  Such letters opposing development are regularly sent by the Conservancy when properties identified as worthy of protection are threatened. 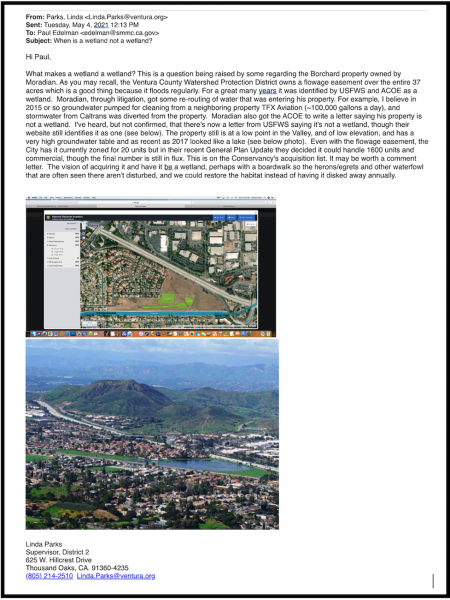 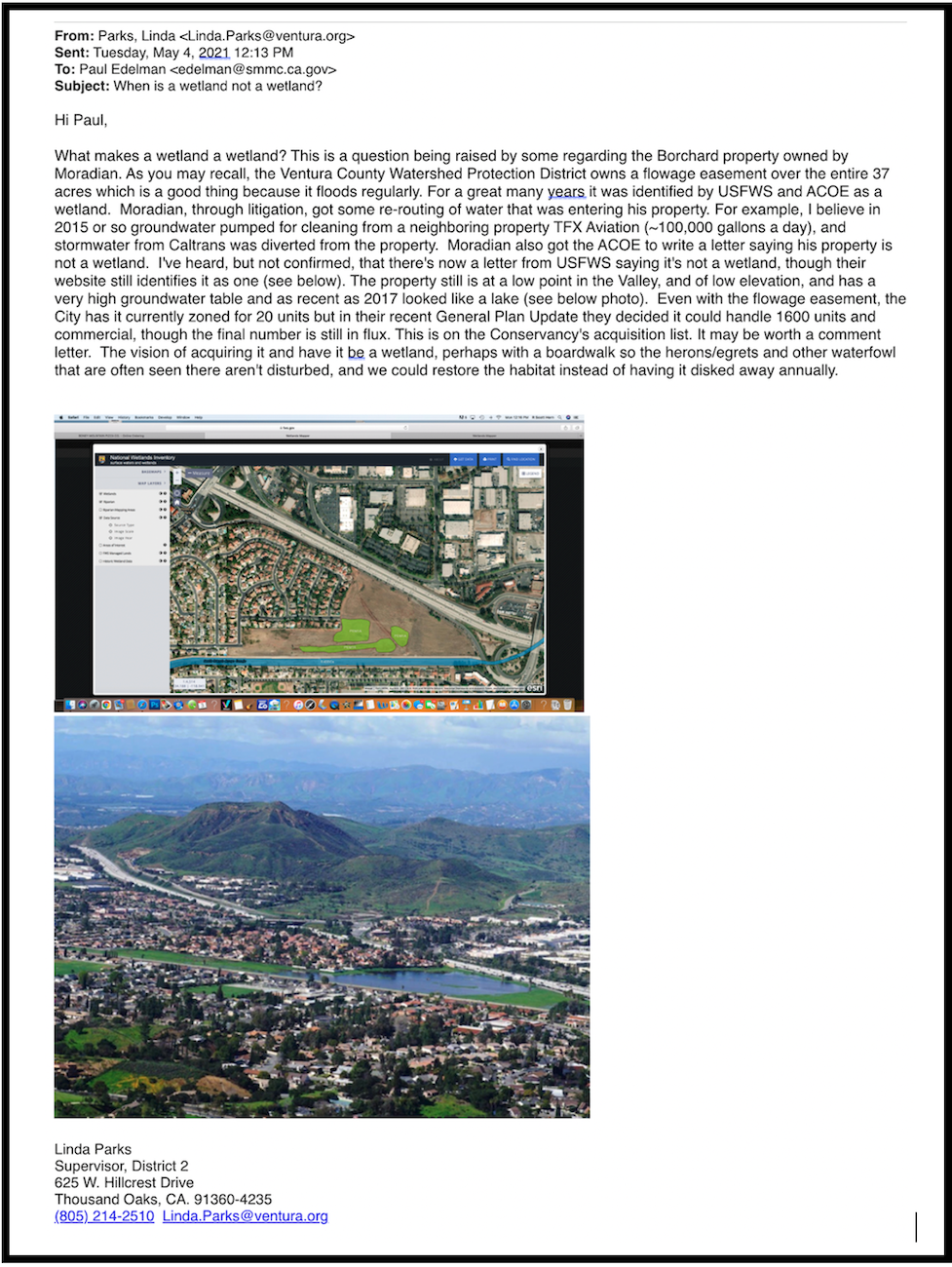 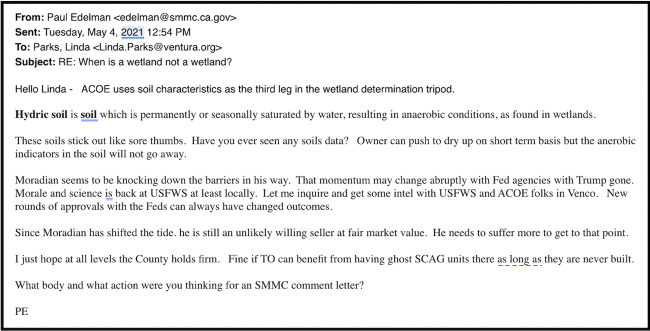 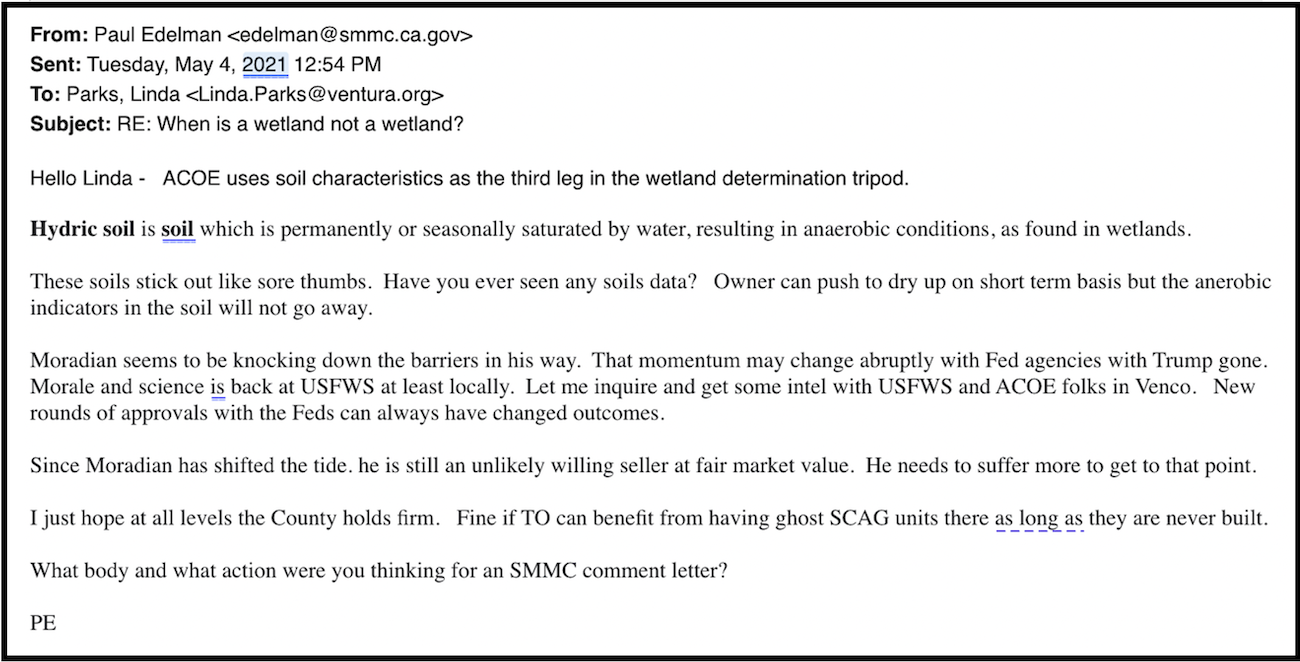 Supervisor Parks' email is consistent with her environmental stewardship role on the Conservancy, an agency that regularly writes comment letters to protect environmentally sensitive lands that are threatened by development.

The "Conejo Guardian" headline infers Supervisor Parks wrote an email saying the developer should suffer. She did not.  The headline and the article that follows are examples of scandal-mongering techniques associated with yellow journalism. The lack of objective reporting and use of words such as "explosive", "scandal", and "collusion" distinguish this article in it failing the journalistic code of ethics.

Abe says, "If receiving an email is the standard for misconduct, what's to stop anyone from sending stupid emails to anyone they don't like? It's so stupid it makes my head hurt."

« Had a Hunch?
Recall Effort Against Linda
Budget Deficit? »