In a letter to the editor of the Thousand Oaks Acorn, a writer--who is identified as the husband of Jeff Gorell's campaign manager--tip-toes around the fact that Gorell was appointed deputy mayor by Mayor Erik Garcetti of Los Angeles. Instead of saying that though, he says America's second-largest city while leaving out his actual title. 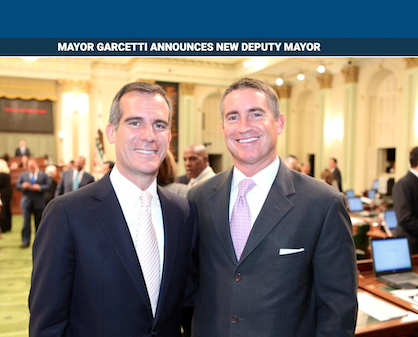 This continues the strange phenomenon of Gorell supporters' avoiding saying that he was appointed Deputy Mayor of Los Angeles by Eric Garcetti.
Abe says: "Gorell's public opinion poll must have determined that his recent boss is 'He-Who-Must-Not-Be-Named.'"