At a candidate forum on May 11, 2022, hosted by the Greater Conejo Valley Chamber, in response to a question regarding the government's response to the COVID-19 pandemic candidate Jeff Gorell said, "I think we can all agree that there was significant government overreach" and thought that Ventura County should have been run a little more like Orange County and less like Los Angeles County. 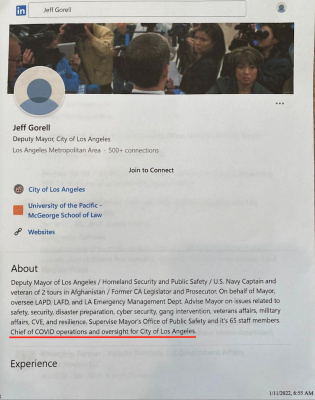 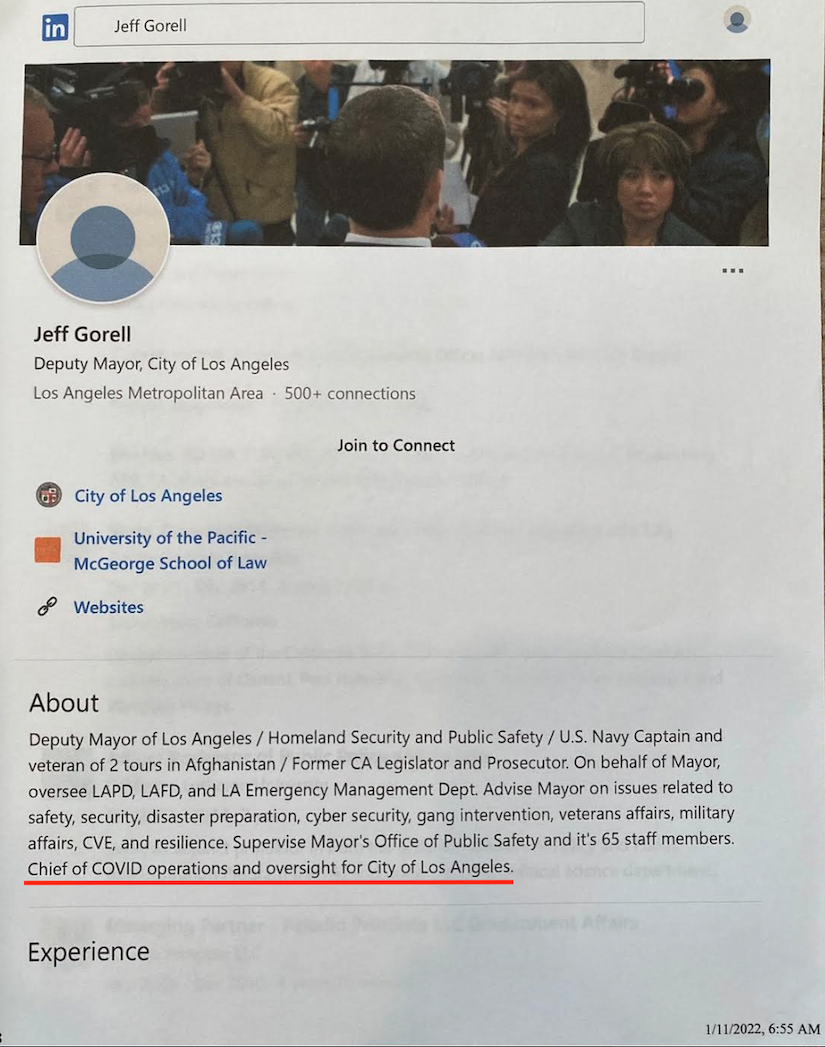 This is misleading because he himself played a significant role in Los Angeles's response.

The question about the government's response to the COVID-19 pandemic begins at approximately 1:43:00 at the candidates forum.

A capture of Jeff Gorell's LinkedIn page on January 11, 2022, reveals in his "About" section that he was "Chief of COVID operations and oversight for City of Los Angeles" (sic.) His page has since been updated and that line is no longer there.
Nevertheless, newspapers were reporting on Gorell's role--remember, Chief of COVID operations and oversight--in Mayor Garcetti's response to the pandemic, such as this one in the Los Angeles Times.
Here's a quote from the article:

Jeff Gorell, a former deputy mayor under Garcetti, said the mayor’s “swift, decisive action at the beginning of the pandemic saved lives.” He also pointed to the city’s testing and vaccination programs, adding that “we did not hesitate to cut through bureaucracy...As we reflect on lessons learned, I think all of us should look back with humility and pride in the way EMD and all of our departments have come together to lead L.A. through this crisis".

And here's a report of his tweeting a face palm emoji in response to an anti-vaccine mob shutting down a vaccination site in January last year.

Abe says, "Gorell seems to be distancing himself from his own role in supposed 'government overreach' to appeal to voters now."